Just to warn you all this may end up being a stupidly long post as I have been up to a couple things over the past few days!
So starting with Tuesday, it was my third day off in a row which honestly is a rarity! My other half was working a late so we took the opportunity to have a lay in and then watch homes under the hammer, very sad I know!
So after I took him to work I sat around on my bum for most of the day chatting with my mum and aunty, and then at six o'clock this happened... 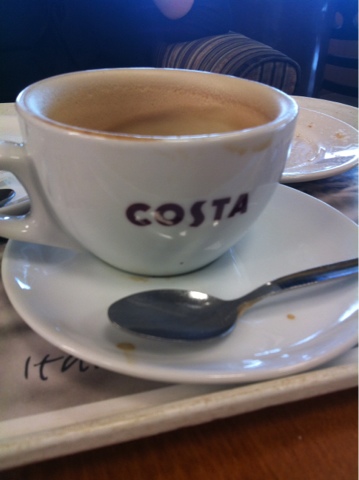 I met my bestest chummy from work and we had a sneaky coffee! :) I must say though we then went and bought salad to have a nice picnic dinner by the river which, well, we really didn't get to do. We ended up taking a little trip with the dogs to the beach. It was absolutely lovely and felt like the summer had finally started, I even dipped my toes in the sea! And for anyone living in England you know what a big deal that is. :) 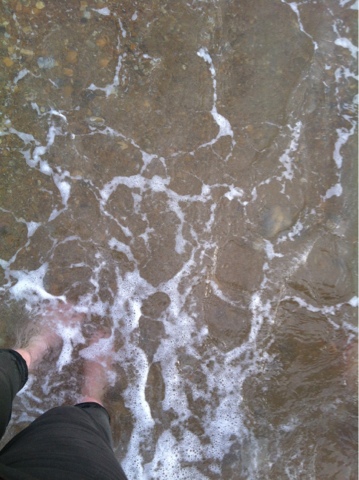 Here I am taking a little dip, which turned into me getting half my trouser legs soaked as I was unaware how big the waves can get! 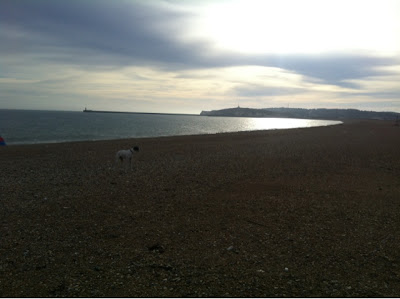 View of the beach, unfortunately at this point the sun had decided to disappear! 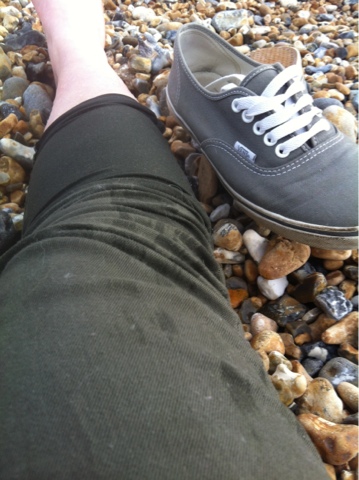 Okay so after rambling in for even longer than I thought I would I think I'm going to split this into two post, which would actually make sense as I have a few pictures from Wednesdays adventures too!
Much love
Becca <3
Posted by Unknown at 13:04